“I have never attended any National Day Parade before, so I am happy that I have an opportunity to celebrate it here.” said 72-year-old Seng Seng Tiang, a resident of United Medicare Centre Queensway (UMCQW). 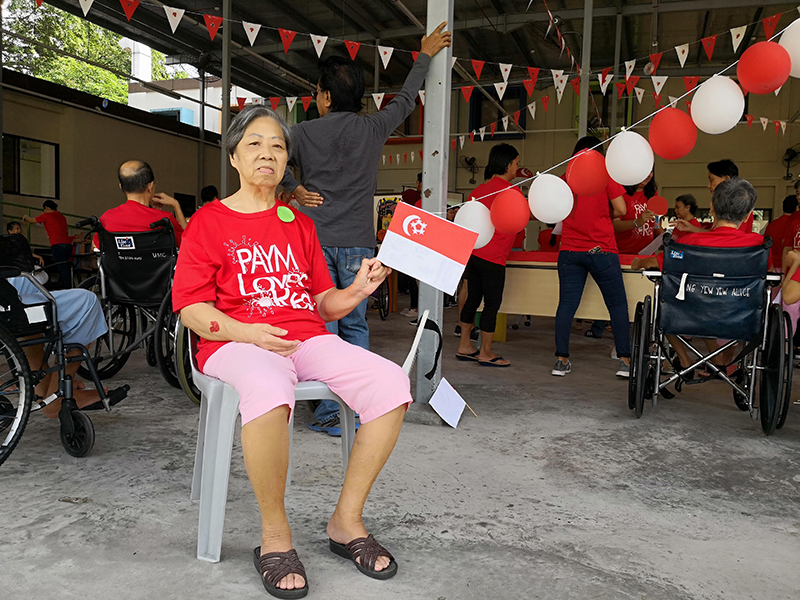 Another resident, 74-year-old Nellie Ng shared, “Even though I stayed overseas for many years in the past, I have always felt that Singapore is my home. I am touched and proud to be a Singaporean and said the pledge with my hand over my heart.” 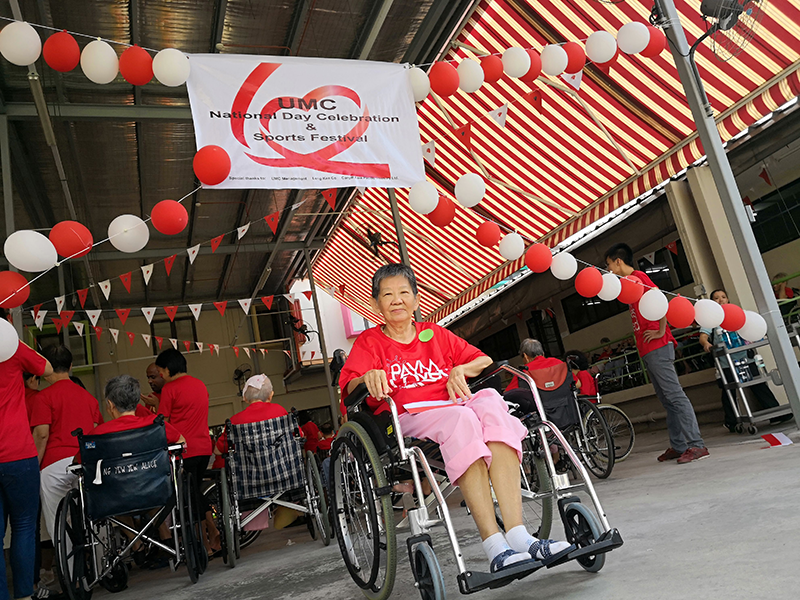 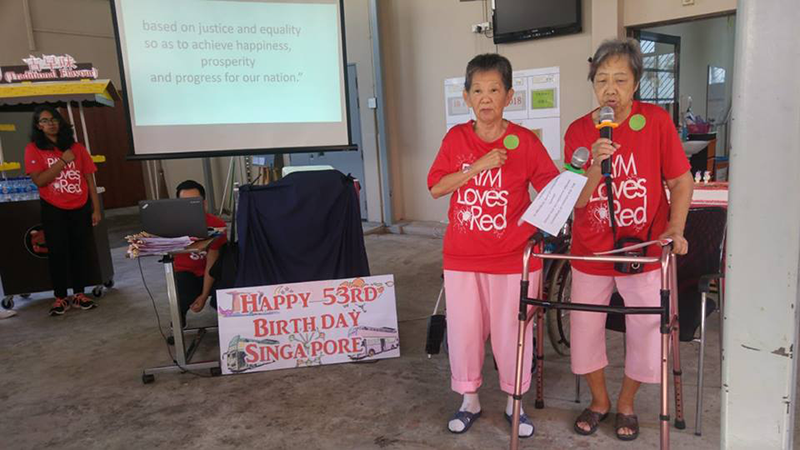 Nellie Ng (left) and Seng Seng Tiang led the residents of UMCQW in reciting the pledge during the Home’s National Day celebrations.

The 200-bed Home at Queensway partnered 33 volunteers from Leng Kee Community Centre Youth Executive Centre to bring National Day festivities to its residents. The Home also held a mini sports festival during the event for its residents with games like ping pong, bowling and basketball, specially designed by the Home’s therapists. Other games like five stones, pick-up sticks and top spinning added to the nostalgic feel. 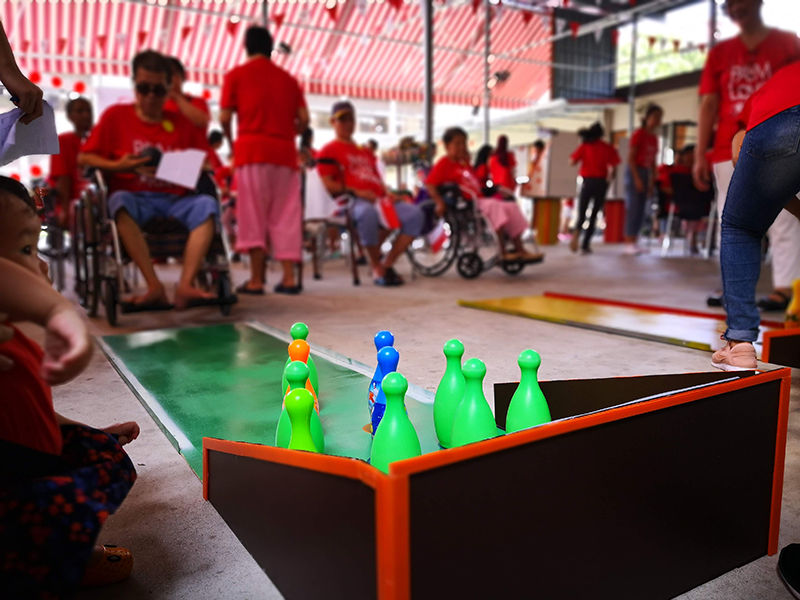 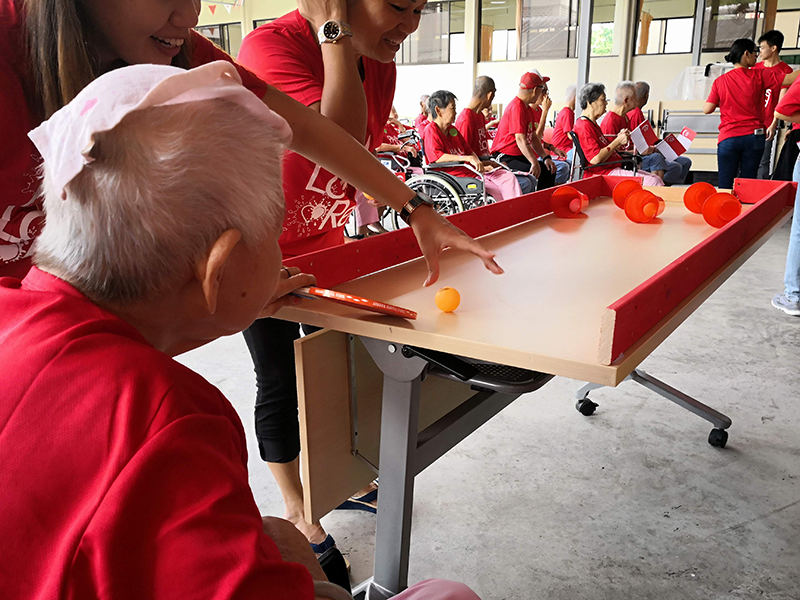 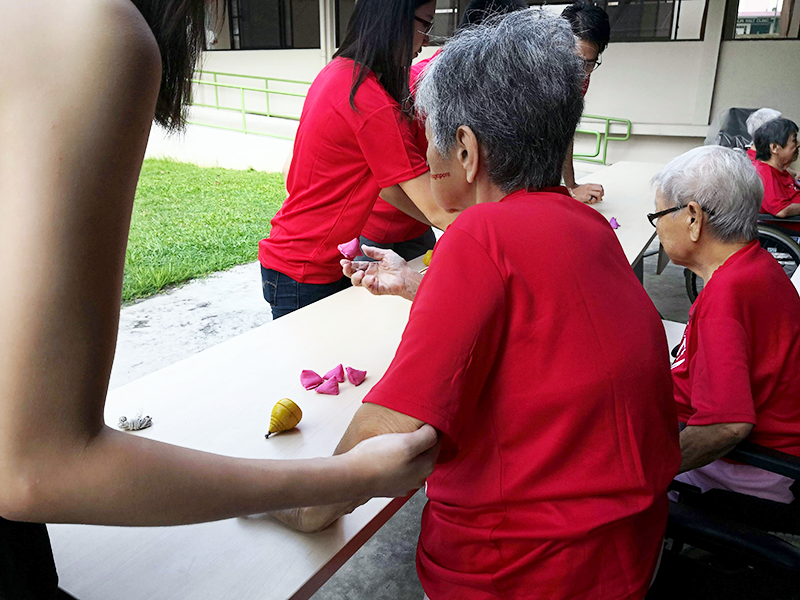 “This event has created an opportunity for us to thank and remember our residents who had contributed to our nation building. I would like to thank all our Ah Kongs and Ah Mas for their efforts in building this successful nation,” said Huang Jia Han, Director, UMC. 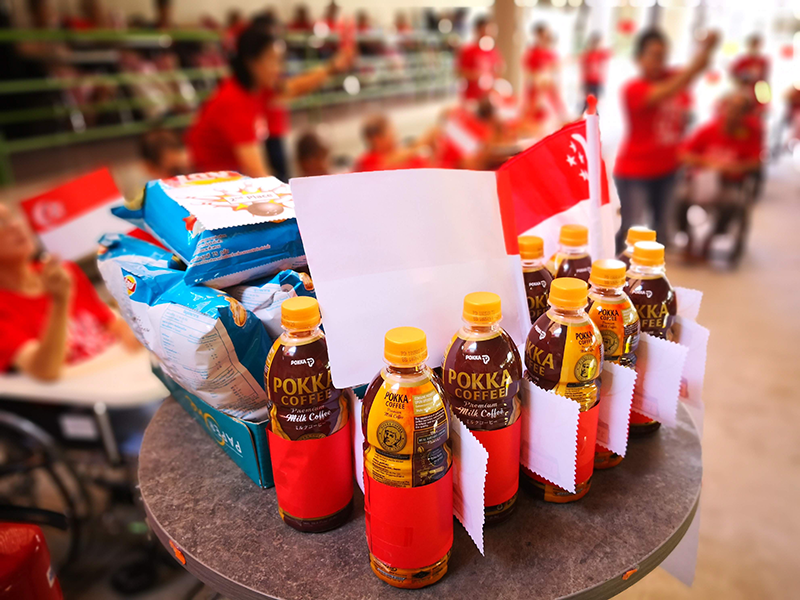 Snacks like the above were given as prizes for the games. 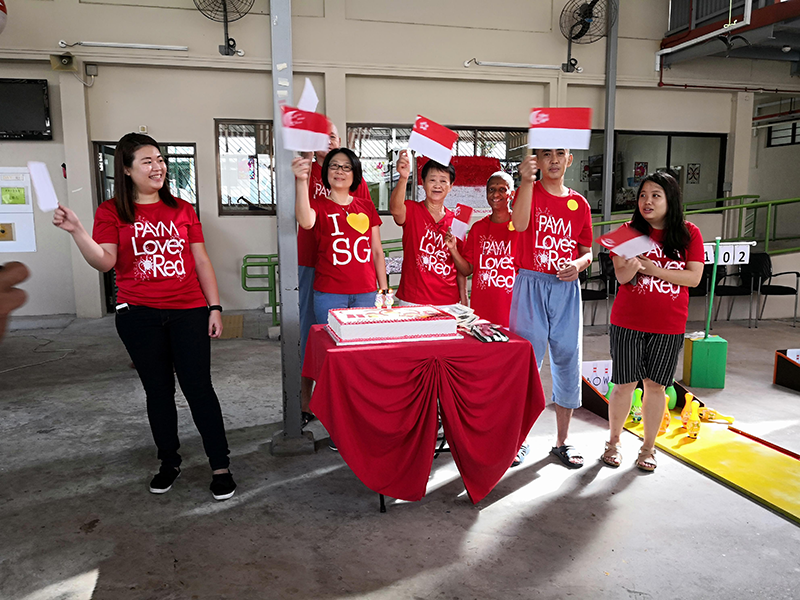 The National Day celebrations were celebrated with a cake and song. 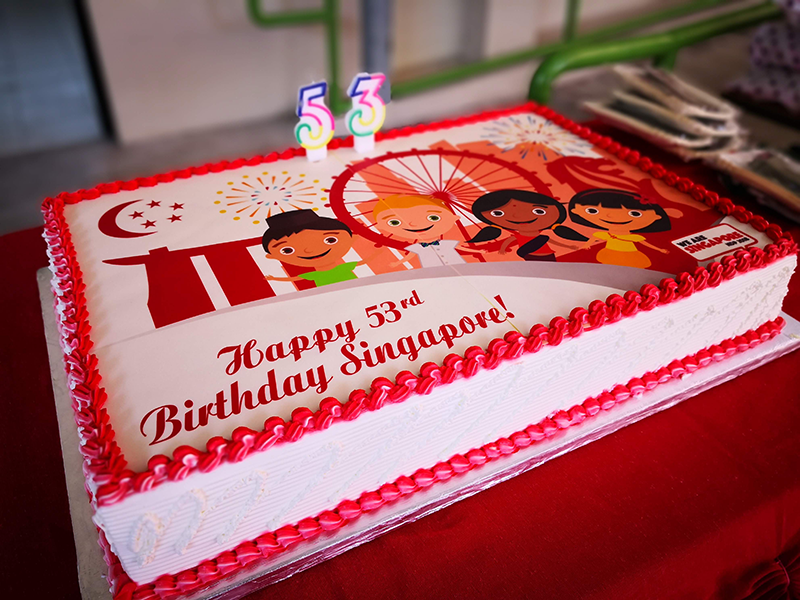