Queenstown has evolved since the first HDB was built in the late 1950s. Today, Queenstown serves both the young and the elderly, with new housing developments while retaining the pioneer generation residents. 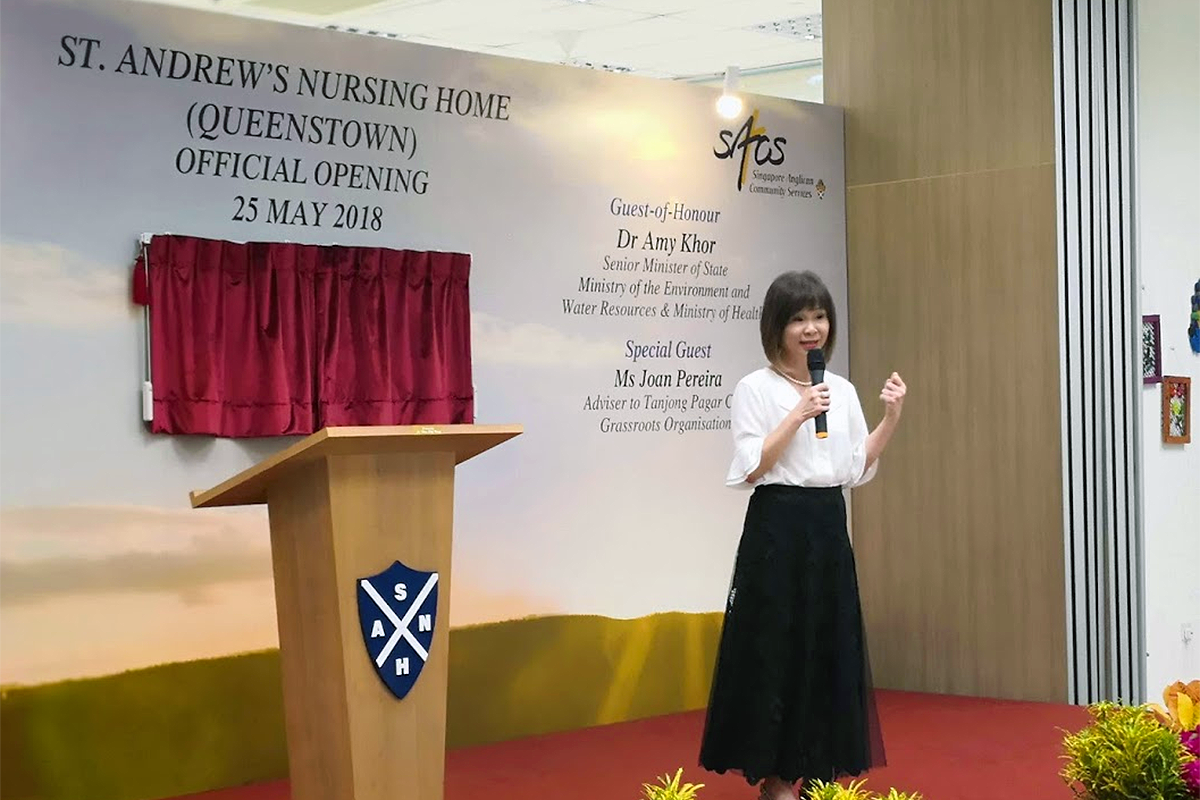 Over the past year, SANH (Queenstown) had served the elderly and built relationships with the community, especially inculcating the value of loving and respecting the elderly among the younger generation of Singaporeans.

Smart initiatives at St. Andrews Nursing Home (Queenstown)
In order to raise the quality of nursing home care, it was noted during the inauguration that SANH (Queenstown) is encouraging a strong quality improvement culture so as to harness innovations and technology to better its care delivery.

Watching movies, playing online games or catching up on the latest news are some of the activities residents of SANH (Queenstown) can do to keep themselves busy. 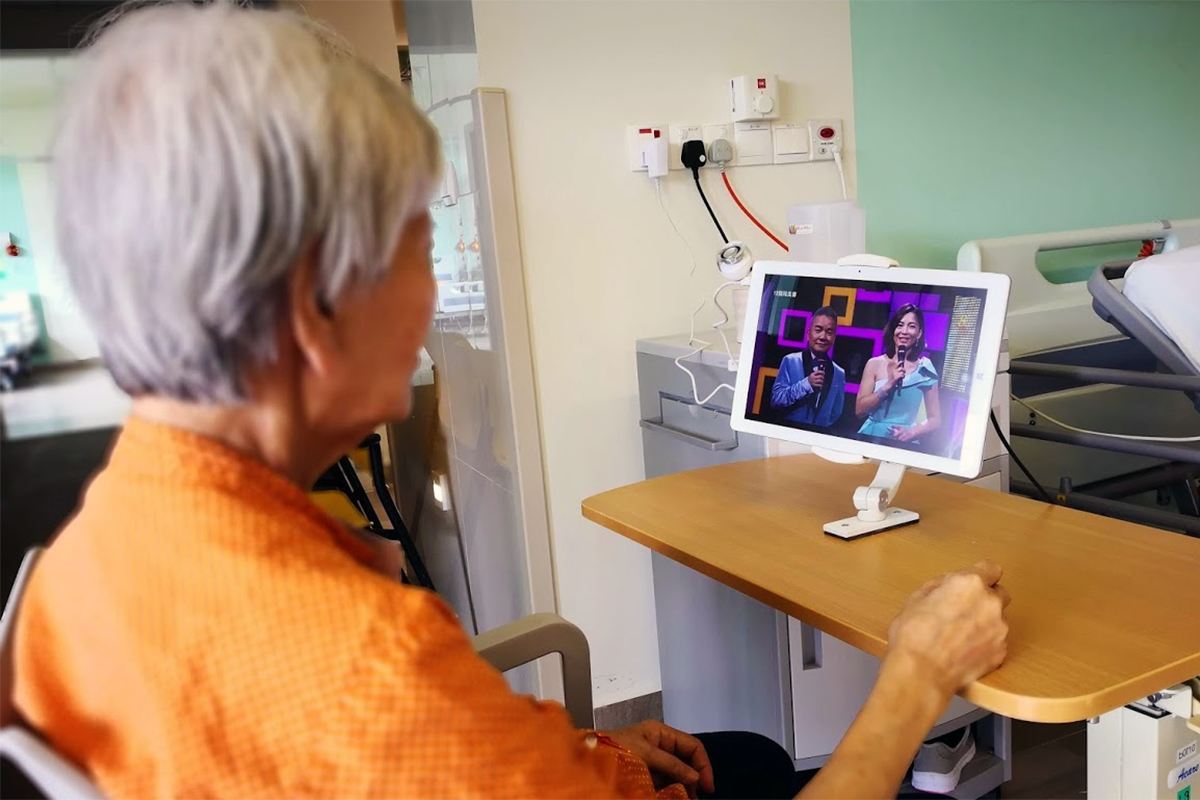 SANH (Queenstown) invested in five sets of the “Eldertainment System”, an all-in-one multimedia system in the form of a tablet that gives users the option to access news, radio, television programmes, pre-uploaded music or movies, games or a variety of lessons. 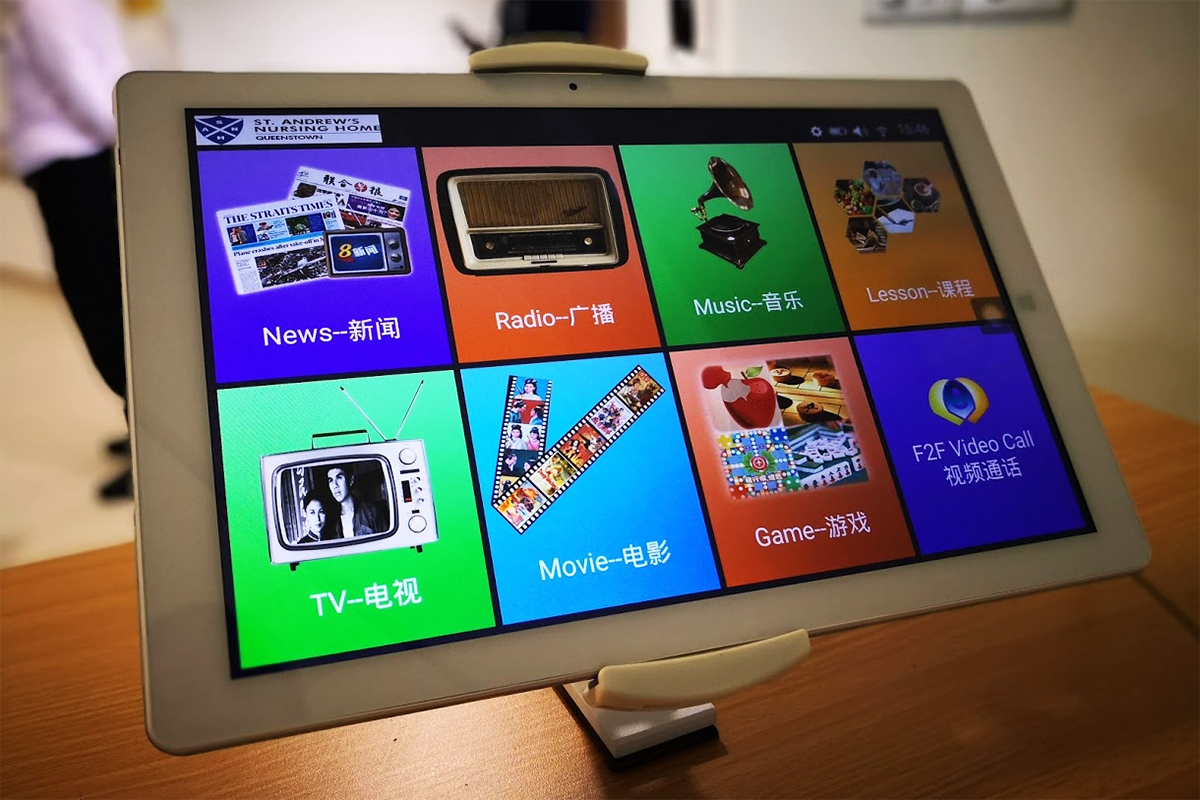 Co-developed by Flat World Technologies International Pte Ltd and Ngee Ann Polytechnic, the entertainment system features seven activity options designed to engage seniors. For instance, the game “Games 4 Me”, (developed by Ngee Ann Polytechnic) features three levels of gameplay to stimulate seniors’ minds, each with localised content that the seniors can identify with. 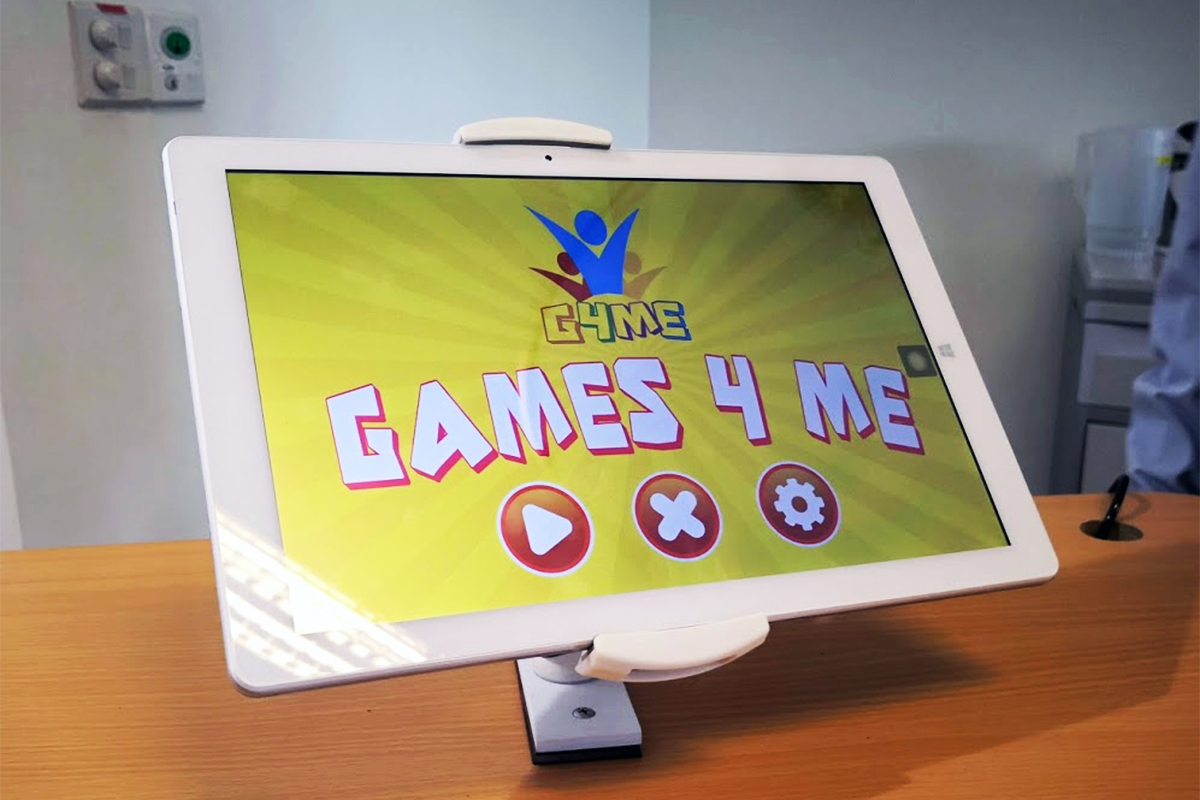 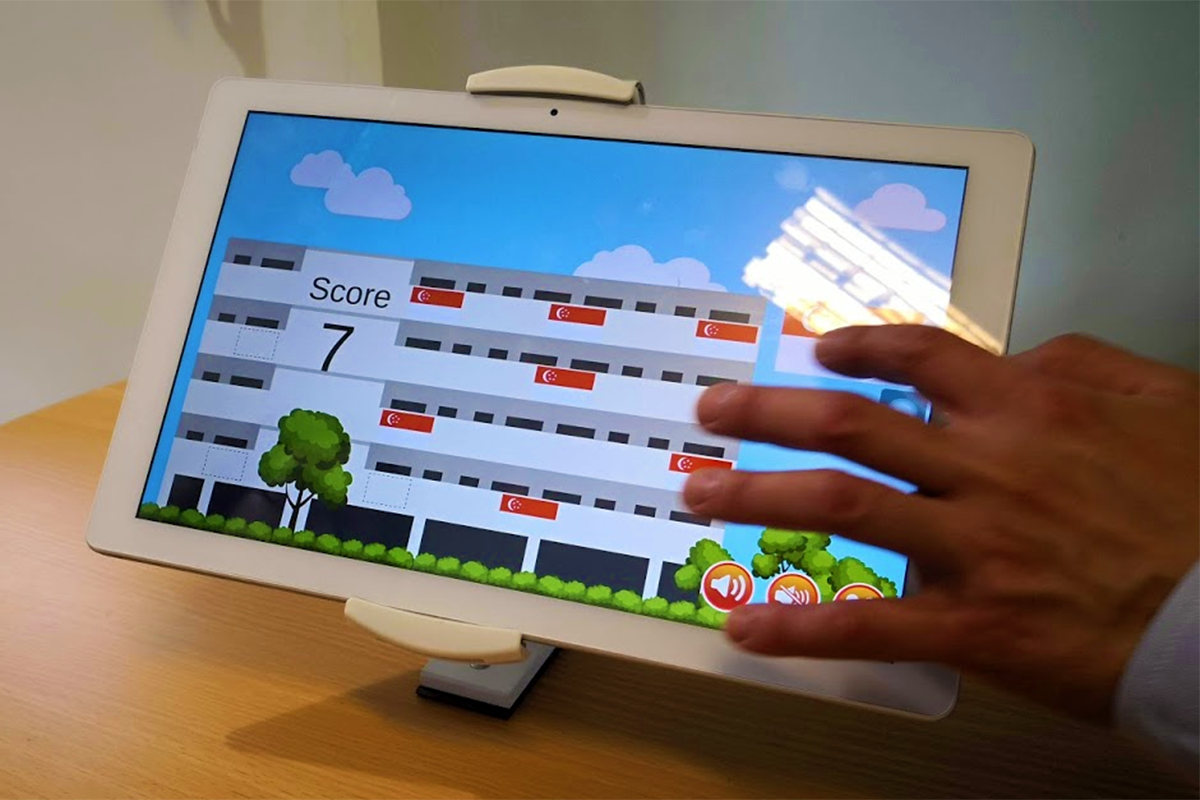 There is a bonus round asking various questions such as “what did I just eat”, which aims to enhance seniors’ attention span. 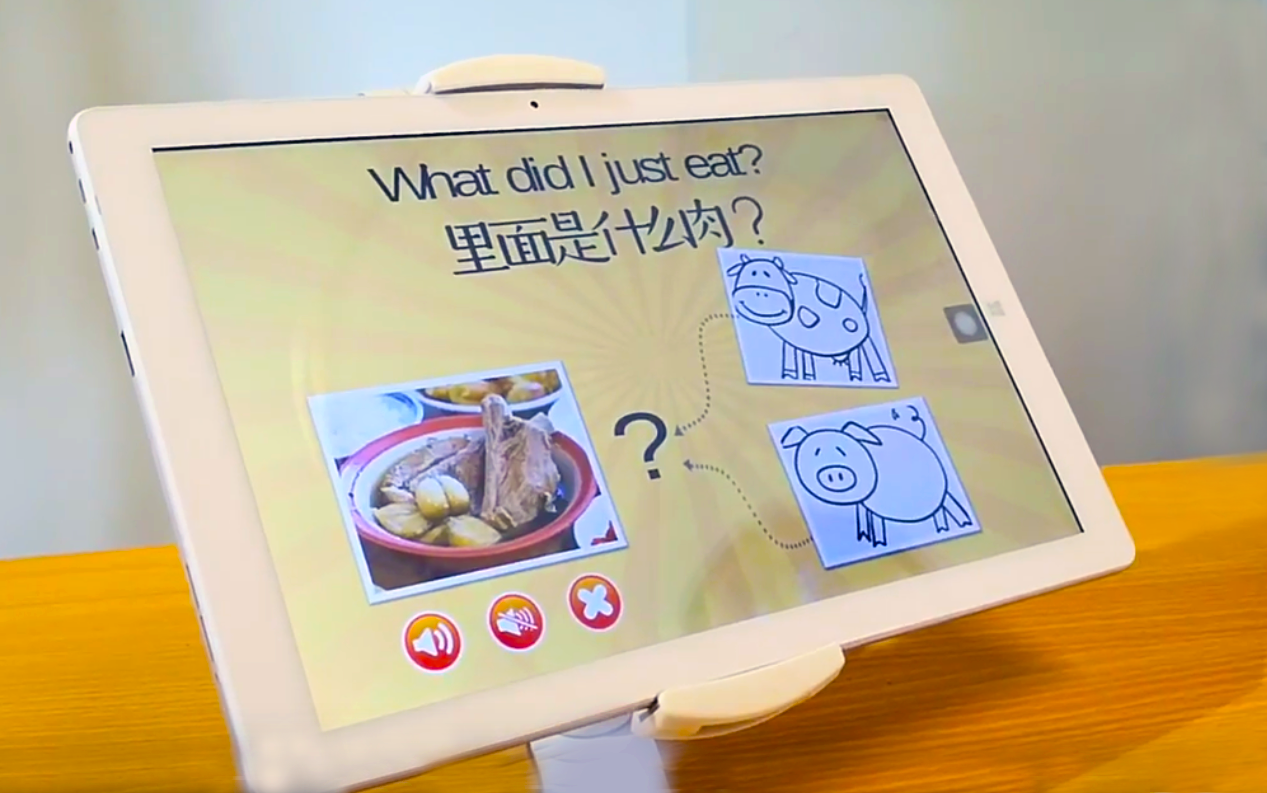 The music option features songs that are categorised according to the year of release, so that seniors can enjoy the popular music from their youth. Alternatively, they can also choose to listen to radio programmes.

In addition to the Eldertainment system, SANH (Queenstown) is also constantly looking at ways to reduce falls of patients.

As part of an ongoing exercise to provide better care for its residents, two sets of the Smart Bed Exit Monitoring System are on trial by the Home for patients with high risk of falling. A sensor pad is placed below the mattress of the patient to detect a user’s movement.

According to Ms Joan Lee, Assistant Director of Nursing, SANH (Queenstown), “when the elderly lies on the bed, the body weight applies pressure to the bed. The sensor bed pad enters a ‘ready state’ which means the alarm is armed."

“When the elderly attempts to leave the bed, pressure is released from the bed pad, which would send a signal to the Pegasus (alert console) to sound an alarm and alert the nurses when the resident attempts to sit up or leaves the bed,” she added. 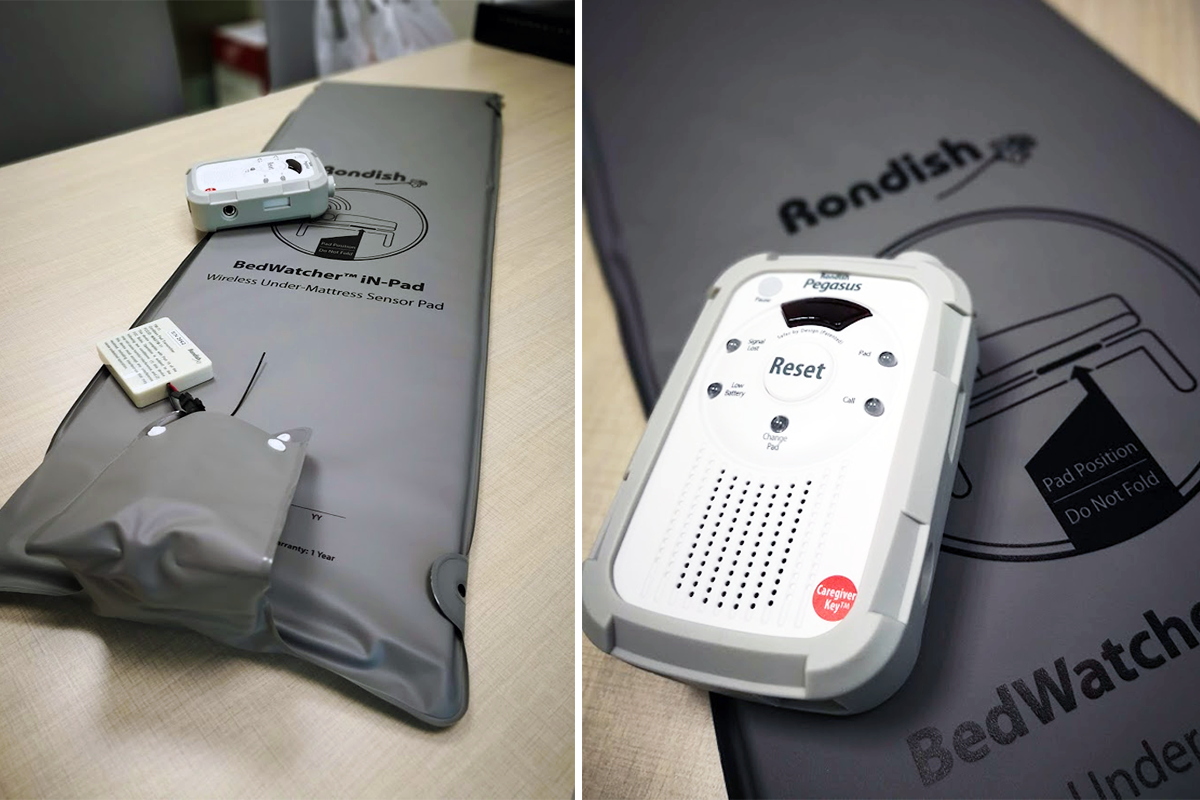 The motion sensors detecting residents’ movement would help to reduce falls and prevent fatal injury which may lead to increased burden and cost on the family. This application of innovation improves efficiency in care for impaired residents with complex medical conditions.